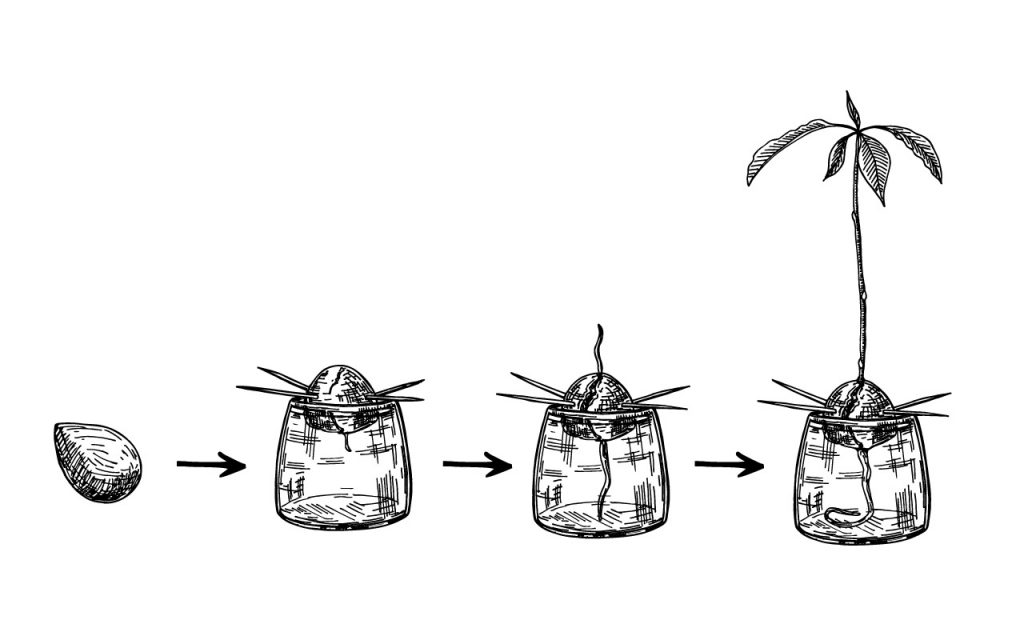 Science writing and the art of storytelling are such rich veins, it can be easy to get lost in all the technicalities, pitfalls and possibilities.

With that in mind, I want to briefly introduce a unifying theme for the ideas laid out on this website that I hope will provide a lodestone for navigating this tricky landscape.

From a storytelling standpoint, scientific discoveries are like seeds.

They are pure potential. Consider the short abstract that appears at the top of most scientific papers: a block of jargony text tightly packed with information, dense and, to the uninitiated, impenetrable.

For the non-expert reader, the typical scientific abstract offers little evidence of the fascinating flower hidden within. The science writer’s job is to germinate that dense, information-rich seed through interviews and research, to bring the seed to blossom through compelling prose, and to help it emerge fully matured into the open air.

Here, then, is our unifying concept: AIR. The foundations of science communications as I see them can be summed up through the use of this heuristic, and we will explore its meaning in more detail in other articles.

But for now, suffice it to say that AIR stands for Accessible, Intriguing, and Relevant – three characteristics that make for strong science writing and storytelling. Here are our short working definitions:

As you proceed through this site, keep in mind these characteristics. If you get overwhelmed, confused, or otherwise hit a wall, they can help you regroup and find your way through the morass.

At a Minimum, Science Writing Should be Accessible

Let’s go a little deeper. Every piece of popular science communications needs to be accessible so the reader or viewer can comprehend the ideas, events and import of the story.

If the audience can’t understand what’s being said or gets thoroughly confused, they will simply turn away. Instagram awaits!

Unfortunately, science communication in its raw form is often particularly inaccessible. Take these titles of papers published in Nature and Science, two of the most widely read journals in the world:

Coherent coupling between a ferromagnetic magnon and a superconducting qubit

These papers were published in top journals, which is a hint that they may turn out to be important discoveries. For the average person, though, these titles are gobbledygook. They are castle walls hiding the meaning within. The first step for the science writer is opening the gate and throw out the welcome mat.

Even if you throw open the gates, it doesn’t mean your guests are going to come in. Accessibility is the first step to ensuring the reader, viewer or listener will stick with you as the story unfolds, but it’s really only a start.

Science Stories Should Also be Intriguing or Relevant or (Ideally!) Both

Who wants to hang out with someone who tells entirely comprehensible but boring, irrelevant stories? We want to hear intriguing and important stories, right? That’s where the other two elements of the AIR trifecta come into play: intriguing and relevant. Making a story accessible opens the door to the audience; making it interesting and relevant convinces them to come inside.

In many ways, interest and relevance are two sides of the same coin. If something is interesting, it is likely to be relevant, if only because it is entertaining.

YouTube videos of cute animals are inconsequential “fluff,” but millions of people watch them every day. Why? We humans have an inborn need to smile and laugh and feel that everything is going to be alright — and this need is not trivial. Life is tough and we need relief from the rigors of living in an imperfect world. Playful kittens are relevant because they provide that escape for many YouTube viewers.

While acknowledging this relationship between intrigue and relevance (and noting at times how they can be addressed simultaneously), for our purposes we will discuss them mostly as discrete concepts. To demonstrate the distinction, let’s explore examples of stories that lean heavily on one element or the other.

First, a scientific paper that possessed hidden intrigue. The report by researchers at the University of Exeter in Britain, published in the journal, Methods in Ecology and Evolution, was titled:

The title is faintly accessible. At least we get that it’s some kind of free software, and that the software has something to do with images.

Is our curiosity piqued? Heck no.

But surprise, surprise, this paper was fodder for a New York Times blog piece. It turns out that the scientists had developed a computer algorithm that converts digital photographs into “animal vision,” allowing scientists to glimpse the world the way insects or animals see it.

The far more intriguing title of the New York Times post on the paper was: Tool Gives Researchers ‘Animal Vision’. The paper included images that had been converted to animal vision, along with the originals.

For instance, the shot below shows the blooms of the flower Echium angustifolium, the left image in human vision, and the right from a bee’s perspective.

In nature, bees can see two patches at the top of the flower (greenish yellow) that absorb ultraviolet light, and the animal vision program allows us also to see them.

This is a great example of finding something compelling in an ostensibly dry science paper. The Times reporter dug up a nugget of ‘gee-whiz’ science buried in a mundane headline, and summed it up with an intriguing concept: animal vision.

It’s also a model for a story where intrigue outways relevance.

Do you want to know how animals see differently? Sure, sounds cool. Do you really need this? Unless you’re a scientist, probably not. There may be some really important applications for this, but in the context of this story, we really just want to try on the “animal vision” goggles. This was a high intrigue story.

On the other hand, another New York Times medical news headline from around the same time heralds a story that hinges on its relevance:

The story, an Associated Press brief syndicated by the Times, reported the results of a clinical trial of a diabetes drug called Jardiance. The study found that the drug delayed the time until patients died of cardiovascular disease or suffered a heart attack or stroke–the all-too-common and dire complications of diabetes.

Clearly, this is not a story meant to entertain or appeal to curiosity, as few people seek distraction by reading about the deadly comorbidities of diabetes. Then again, for someone who has diabetes or has a loved one with the disease, the subject is literally a matter of life and death.

A diabetic informed about this new drug might inquire about it next time they visit their doctor, possibly buying additional days, weeks, months, or even years of life. What’s more relevant than staying alive?

Broadly speaking, science, technology, and medicine stories are relevant if they help us to understand the world and, ideally, to make informed choices. Things that are not in the least ‘entertaining’ can be very relevant and command attention.

The toolbox of a well-rounded science communicator will include tools for enhancing both intrigue and relevance in our stories.

Make a story more intriguing may require the rhetorical equivalent of, say, a drill while making it more relevant calls for a saw. Sometimes, a single tool can do both jobs.

In other articles, we will explore the distinct skills necessary for these tasks, all the time knowing that they are both central to building the solid framework of a science story.

Before we wrap up chapter, let’s review by laying out working definitions for all three elements of the AIR approach once again:

These definitions may seem overly simplistic, but they describe the essence of a compelling science story and will provide a touchstone for our explorations of science writing.